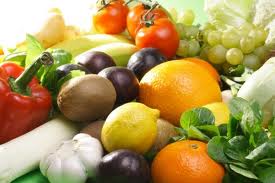 Vitamin D Deficiency – A Common Problem in all Age Groups Vitamin D is not really a vitamin because it is synthesized by the skin following exposure to sunlight. Synthesis of vitamin D depends upon a wide number of factors including the type of ultraviolet light as well as the intensity, duration of exposure, skin pigmentation, age, altitude, latitude, hour of day and time of year. Vitamin D deficiency is widespread across all population groups. Most physicians recognize that the elderly population is at risk, however it is less appreciated that children, young adults and middle age groups are also at risk of being deficient. Studies have shown that children in areas ranging from Madrid, Spain to Maine, New York were approximately 50% deficit in vitamin D in the winter months. Apart from those who live in equilateral regions, most people do not synthesize sufficient amounts of vitamin D. For instance, in Edmonton, which is 52N, vitamin D synthesis is impaired from October through to March. 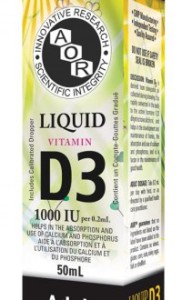 Healthy Bones for All Vitamin D is essential for the growth and maintenance of healthy bones. It is required to ensure that the body is able to absorb enough calcium to meet its needs. Without adequate vitamin D, the body will begin to rob calcium from bones, resulting in bone breakdown and weakened bones. This can lead to a variety of skeletal disorders including osteoporosis in adults and rickets in children. The Sunshine Vitamin The body synthesizes vitamin D in response to sunlight exposure, but this is not enough to meet the body’s requirements. Studies have found that large portions of the population are vitamin D deficient, especially in northern latitudes. While many recognize the risk in elderly people, deficiency can be a major problem in all age groups. Besides bone disorders, vitamin D insufficiency is linked to muscle weakness, PMS, and a weakened immune system. Deficiencies are also associated with increased hypertension and auto-immune diseases. Avoid Deficiency Rain or Shine With such a range of effects on health, getting an adequate amount of vitamin D is essential for people of all ages. Liquid vitamin D3 features a calibrated dropper, allowing both children and adults to obtain the proper amount of this essential vitamin in a convenient and easily absorbed liquid form.