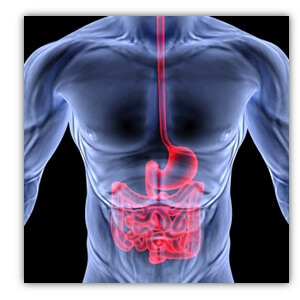 “More Is Better”? NOT For Probiotics! Learn why Bioptimyzers Probiotics is the ‘Navy SEAL’ Single Strain And Exposes Why Nearly All Other Probiotic Products FAIL

According to a shocking new study, multi-strain probiotics with “billions” of bacteria per serving DON’T WORK.

Two studies published in the prestigious journal, Cell, noted that these probiotics “couldn’t colonize their GI tracts.” The researchers even go so far as to suggest that multi-strain probiotics should NOT be universally given as a “one-size-fits-all” supplement. Yogurt, kefir, and other probiotic foods are not the solution for everybody. In other words, those probiotic foods don’t help your immune system. They don’t help with weight loss, help your skin, boost your energy, or do anything else they claim to do.

Firstly,  it is important to know why a probiotic that breaks down protein in the gut is a game-changer. The main reason is that protein is a leading cause of autoimmune issues, digestive problems, gas, bloating, weight gain… even aging. You can clean up the undigested protein in your gut. After that, what was a graveyard for suffering and potential disease becomes a fertile garden for optimum nutrient absorption, metabolism, and energy. In other words, a healthy and happy digestive system.

Secondly, all pathogens are protein-based lifeforms. Yeast, mold, viruses, parasites, and others can make you sick. Therefore, it makes sense that a probiotic designed to attack and kill foreign proteins is the ultimate defense. This is why researchers referred to it as the “Navy SEAL” of probiotics. Because they’d simply NEVER seen any probiotic that was so ruthless at attacking foreign invaders and toxic bacteria that ruin your health…and age your body. It’s so effective at defending you, in fact, it’s PATENTED.

Eating This One Nutrient Can Turn Back The Clock On Years Of Digestive Damage. You Can Feel Young And Vibrant Again

Life is just too short to spend in pain, misery, and feeling dissatisfied with your body. You don’t have to be afraid of every food you eat. Stop worrying that you’ll gain fat or suffer from gas, bloating, feeling sluggish, or feelings of depression. You want freedom. Freedom to live your life and enjoy all the pleasures in it.

Above all, you DESERVE IT!