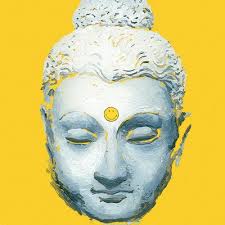 Indian subcontinent and is a staple in Ayurveda, the ancient medicinal system of healing and longevity in India. The fruits of the tree are used for the aforementioned ayurvedic applications, which include treatment for diarrhea, dysentery, infections, and ulcers. Amla’s most notable mention in the ancient ayurvedic texts, however, is as a rasayana anti-aging compound. Rasayana is a category of ayurveda that is centered on bodily chemistry and alchemy, and amla’s status in this regard is centered on its antibacterial and astringent properties. These promote longevity, particularly through the protection they offer to the heart and lungs, as amla is traditionally known to fight chronic lung problems as well as upper respiratory infections. It is used in Ayurveda as a cardiotonic, aphrodisiac, antipyretic, antidiabetic, cerebral, gastrointestinal, and rejuvenative tonic. It is also used in the treatment of leukorrhea, artherosclerosis and respiratory difficulties. Although amla fruit has gained popularity due to its vitamin C content, amla extracts (which contain negligeable amounts of vitamin C) appear to be even more potent antioxidants. This suggests that the effects of amla fruit are due to the overall effect of its other polyphenols. An in vitro study found that even elevated levels of ascorbic acid did not show as much antioxidant potential as an amla extract. Not surprisingly, Amla’s reputation is supported by scientific studies confirming its health-enhancing properties in a number of fields. 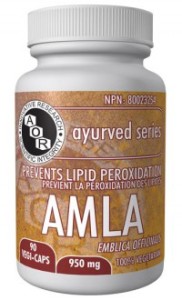 Roots in Tradition : Amla is an extract of the plant Emblica Officinalis. It is a traditional part of Ayurvedic medicine, where it is used for applications as varied as infections, ulcers, cardiovascular disease, diabetic control and respiratory infections. It is also thought to have antiviral, antiinflammatory, anti-tumor, and astringent properties. For a Healthy Heart Studies with Amla have found that it is able to reduce levels of LDL (“bad”) cholesterol while raising HDL (“good”) cholesterol. Amla’s extracts are strong antioxidants and help prevent lipid peroxidation, which is a key step in arterial hardening and cardiovascular disease. It has also been found to help regulate blood sugar levels and to enhance the immune system, which may help with fighting infections. Furthermore, its antacid qualities may help with gastritis, and it has been found to boost protein absorption. Supported by Science Amla is a traditional medicine whose effects are being supported by scientific studies. Its extracts are potent antioxidants with a wide range of effects on health. AOR’s Amla provides an effective dose of these extracts for full delivery of their benefits.

Be the first to review “AOR Amla 90v-caps.” Cancel reply